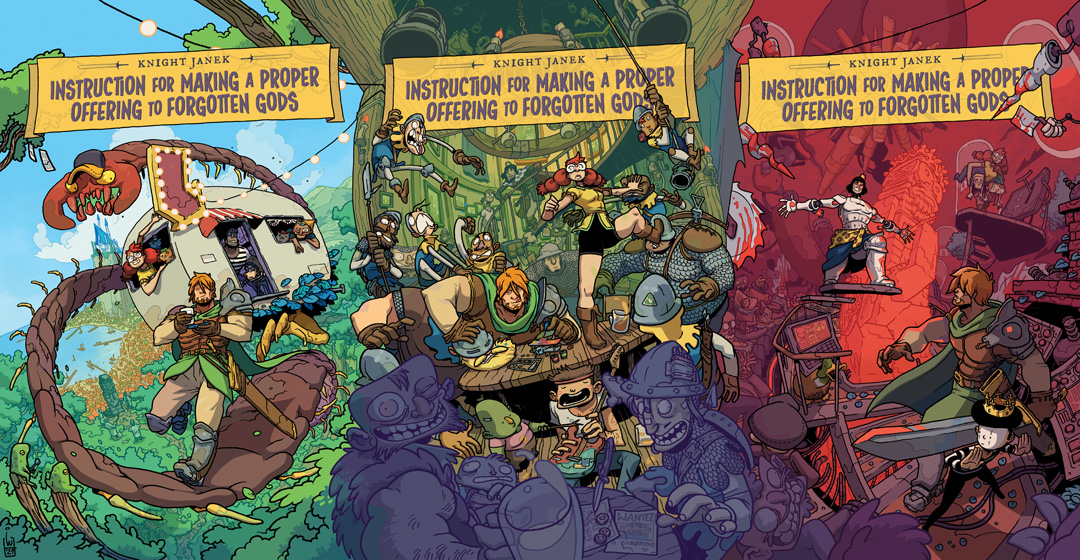 Things are not going well in the realm of Fancylake. The royal couple falls a victim of a fatal accident, and the fresh new Duke shows a disturbing passion for the occult. As if that were not enough, a strange wanderer arrives in the capital...

Knight Janek is a fantasy comedy series I'm creating with my friends, Robert Sienicki, Jan Mazur and Tomasz Grządziela. It has been coming out mostly in underground Polish magazines since 2007, but now finally we were able to start a proper, epic restart to the series with an international publication. The first adventure is out in the stores and we're working on the next one!

Where to get it:

A world of anatomically peculiar creatures worshipping a diety with a hand instead of a head. They recently learned they only have a few days to live and all try to make peace with it. Would be a shame if someone's big stupid mouth threw a wrench in their peaceful transition, right?

Based on my fascination with religious paintings and anatomy, told entirely in big scale, detailed illustrations, counting around 120 pages, this story started out as a series of self contained illustrations. There's still a few years of work ahead of me to finish this one, but you can follow the process on my Patreon. 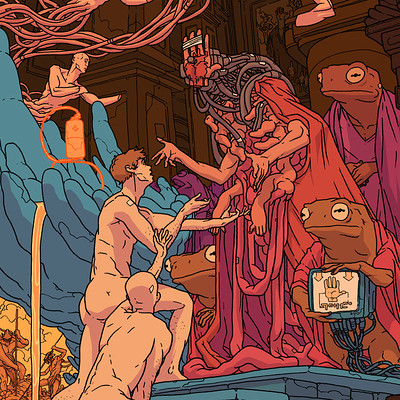 Last days of a dying world 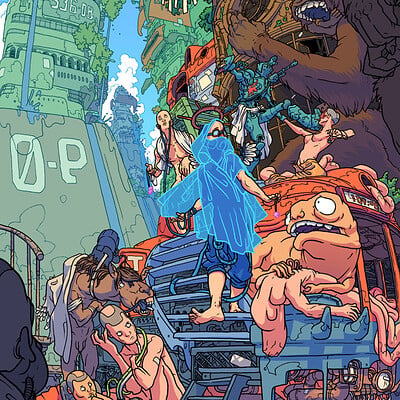 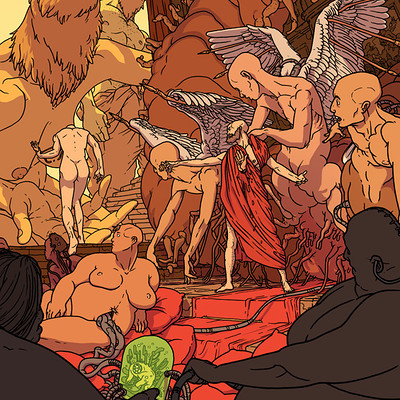 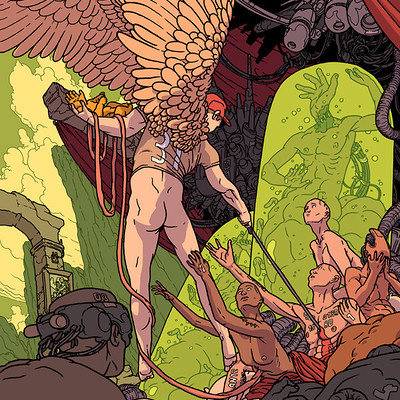